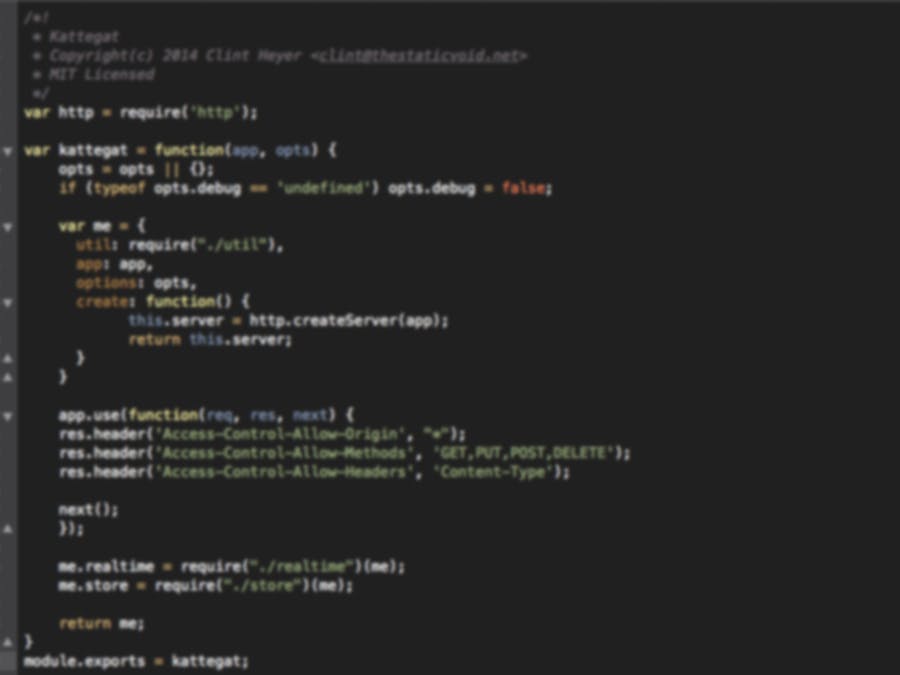 Kattegat-tessel helps you get started for integrating a Tessel into a Kattegat project.

Note: This code is only for working with a USB-connected Tessel.

What does it do?

If you haven't installed the Tessel tools, do so:

You should plug in the Tessel via USB and ensure wait for a bit while drivers get installed.

If you have a new board, it's also worth updating to the latest firmware:

Hit CTRL+C to exit the sketch.

There are some demos included. Some of which also have an accompanying "sketch" folder which should be placed in your Kattegat "public" folder.

Please check out the README.md included in each demo directory.

Use Kattegat's realtime demo page (/demos/realtime.html) as a simple way of testing that it's working. Load the demo, scroll down to the "Rooms" section, put in "tessel" as the room, click "Join", and then send messages to the Tessel by typing in the "Message" box and hitting "Send to room". Make sure you view the console to see the responses - nothing will appear in the web page itself.

Most of these demos built from the samples provided by Tessel.

Communication with Kattegat via USB

In your script that runs on the Tessel, you can send data to Kattegat with:

Where msg is the simple object you want to send.

To receive or use data that originates from Kattegat, use the following event handler:

--room: Room to join and listen to data, and destination for data from Tessel. Defaults to 'tessel'

--upload: Path to save uploaded files (eg from the camera module)