Control a Sumobot over Websockets

Control a Sumobot over Websockets 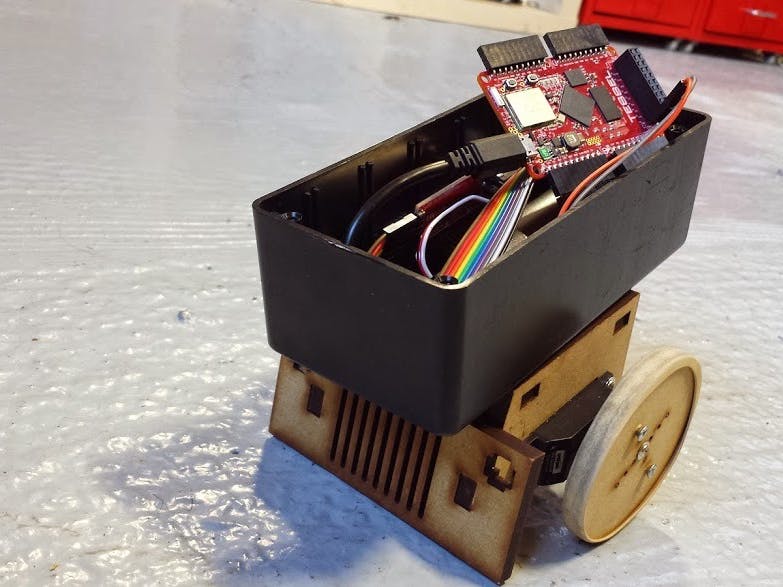 Tesselbot is a fun little remote control car. It can run around untethered, using a battery for power.

Your Tessel runs a server that controls the car. You connect to the server from node in your console to command the bot.

See it work on Vine!

Okay, you should be all plugged in and ready to go! Let's try it out while it's tethered to the computer so that we can see debugging messages in the console if necessary.

(You might want to put your bot's wheels in the air for testing, so it doesn't run away.)

If at any point things don't work as expected, cycle Tessel's power and try again. Also check the wifi settings from the Code Setup section.

Great! If things were working well in testing, we can deploy and run the Tesselbot remotely.

If you need to change your server code and re-deploy, you can run tessel erase to erase the code on Tessel.