Am I afraid of loved ones dying in hots cars? Nope, Not If I Notify!

Am I afraid of loved ones dying in hots cars? Nope, Not If I Notify! 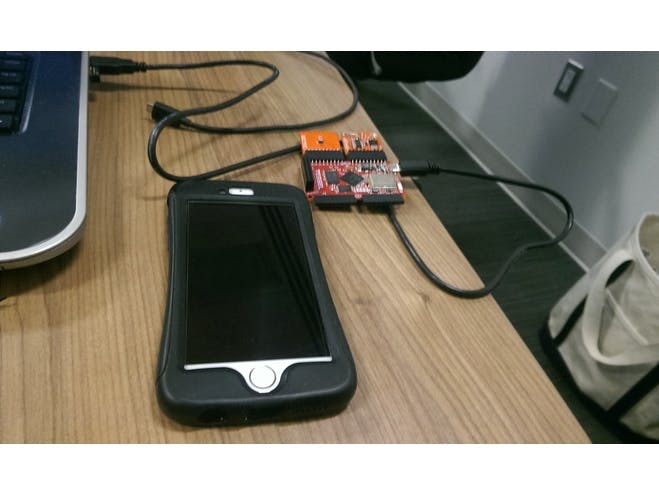 
On average, 38 children die every year due to being locked in cars left out in the sun, as well as countless dogs, cats and other animals. The worst part about this predicament, which has been described many times in the media in the past few months, is that this number is going up every year. Before long, if nothing is done to prevent it, this could become a much more major problem than it already is.

We entered DCHacks this year with the intention of designing an application, which would involve both hardware and software, that would be able to prevent deaths like these from occurring again. We utilized a two-part system in order to accomplish this task.

The first part was dependent upon a Tessel micro-controller capable of recording both sound and heat levels through the use of different modules. People could leave these in their car, so if a child or pet was present there as well, the heat of the vehicle and the noise created by the organisms would combine to trigger the modules.

From there, heat data was planned to be stored on the Cloud, from which it could be accessed by our iOS app. Unfortunately, we were unable to do this due to time constraints, so the two parts system is in the present disconnected, but this could easily be resolved in the future. The iOS app took advantage of Sense360's sophisticated monitoring abilities, which allow it to track location, amongst other things, to figure out how far away the user was from his/her vehicle. If the user was extremely far away, law enforcement would be contacted, while if the user was nearby, they would be given 5 minutes to return to their vehicles. More importantly than winning any prizes, we believe that this application could actually be able to help and save people's lives if implemented properly.